Character artists working on computer and video games are responsible for creating the images that a player will see on the screen. At the beginning of a new development project, the artist will be working on things like making sketches and storyboards as the design team discusses the general concept for the new game.

Once the concept for the computer or video game has been developed, the artists are responsible for all aspects of the gaming environment, including backgrounds, vehicles, creatures, weapons and other accessories that form part of that virtual world. The artistic lead is the person in charge of supervising the work of the artists and ensuring that it stays on track. 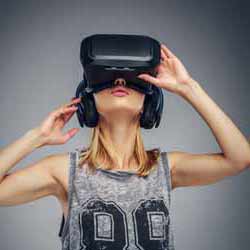 If the game is going to be played in two dimensions, the artist will work on paper to create images that will be scanned into a computer to create the game. In the case of a 3D game, the artwork is done using specialized computer software. This is the most common type of computer and video game being developed today.

The role of the character artist is to draw all the entities that are present in the game, and this includes the one that the player becomes when he or she starts interacting with it. The animator’s job is to make the characters in the game move. A single person can take on both roles, or they can be split, with one person focusing solely on drawing characters and another one looking after the animation component.

The character artist starts his or her work on a 3D game by drawing the person or creature on paper or a white board. Once he or she is satisfied with the image, they can start to build the character using a computer. They start the process using basic shapes, and eventually have something that looks like a skeleton with a wire mesh placed over the top of it. The next step for the character artist is to cover the shell of the character with a virtual skin. Color is added to the image at this point.

The animator comes in after this point to make the characters in the game move. He or she can move its "bones" by setting up some poses. The computer software program fills in the rest. A person who wants to become a skilled animator has taken the time to study the way animals and humans move so that they can translate this information to the computer game screen.

Making the characters come to life through animation also includes giving them appropriate facial expressions. If the character is speaking, his or her facial movements need to match the dialogue. The animator will need to listen to the dialogue track several times to get it right.

The character artists and animators work with individual figures in the game. When the script calls for a crowd scene or on an alien planet, the background artists go to work.