The game engine usually doesn’t have any content in it. Generally speaking, the game code is written by other members of the video game team, such as the scripters, artists, and the level designers.

The game engine contains the code that contains the world where the game action will be taking place. It also includes the objects that appear in the game and the code to animate them. The engine programmer is also responsible for writing code that loads and unloads the level data, plays the music and the sound effects, and runs the game’s scripts. 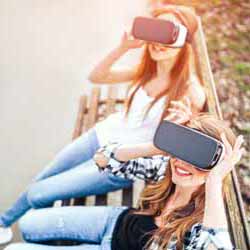 This member of the team is also in charge of adding a code module that runs the player’s character. This portion of the code allows the player’s avatar to perform actions such as running, jumping, fighting, or swimming. The specific actions the avatar will perform depend on the type of game.

Most computer and video game companies ask for games to be written in C or C++. Some of them are written using assembly language (low level computer programming languages). Very sophisticated game code stresses the hardware to the max. If the game is a very complex one, it may be written in compiled code, which is a method of transforming the code from a high-level one to a lower level one. Compiled code is used to write code for physics calculations and visual rendering.

For games that are being developed for use on a web browser, Java is normally used. This is an attractive option because it doesn’t need to be installed by the player. It is also more secure than other options. Java is the language of choice for games that are designed for use on cell phones.

If the work of a video game engine programmer is something that you think would be interesting, a good place to start is by enrolling in a Bachelor’s degree program in Computer Programming. You will want to check the course curriculum carefully to ensure that it covers the most common languages used in computer and video games.

Some universities offer degree programs in Game Programming and these are worth considering as well. Students enrolled in them will also get a good background in computer engineering as they complete the requirements for their degree.

There are companies that will hire video game programmers who are self-taught, although most of them prefer to take on a person who has formal training. A person with extensive experience playing games may branch out into the programming side of things and turn their hobby into a career.