A game tester does a lot more than just spending their day playing video games. It can take between 12 and 36 months to develop a new video game, and testing must be performed at various stages throughout the development process. Each version of the game must be tested to ensure that there are no bugs in the software.

Once a game tester is given a new version of the game, their job is to start playing it. Any errors that the game tester notices must be noted. Errors in video games include glitches, errors in logic as the player interacts with the game, as well as any glitches in the game’s artwork. 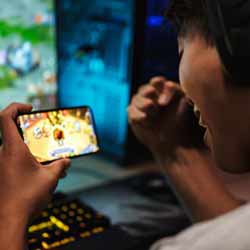 Any bugs or glitches with the games are noted. They are fixed, and the game tester must go back and play the game again to confirm that the issue has been dealt with.

A person who wants to become a game tester needs to have an eye for detail to pick out the problems with the games they are working with. Playing the same game over and over while trying to find problems isn’t necessarily fun for the game tester. The game tester may be asked to play a particular game or a set level in a game for up to eight hours at a time.

When a deadline is imminent, the game tester and other members of the development team may need to work overtime. At that point in the process, working 12 hours or more at a stretch may be required. Burnout is relatively common for people who are working as video game testers. Many of the move on to other types of positions within the industry. For a person who is wondering whether the video game industry is for them, getting a job as a game tester is a way for them to get their feet wet and see if this is the type of environment where they would like to work.

There are people who break into the video game industry as testers who haven’t been formally trained. Since the job involves a certain amount of writing as well as being able to play the games, it’s a good idea to take some writing courses if you want to work in this field. The programmers you are working with need to be able to understand what you are trying to communicate when you are talking about issues with the games you are testing.

According to Payscale.com, the average rate of pay for a video game tester ranges from $10-$16 per hour. Here’s a little more game testing pay information: